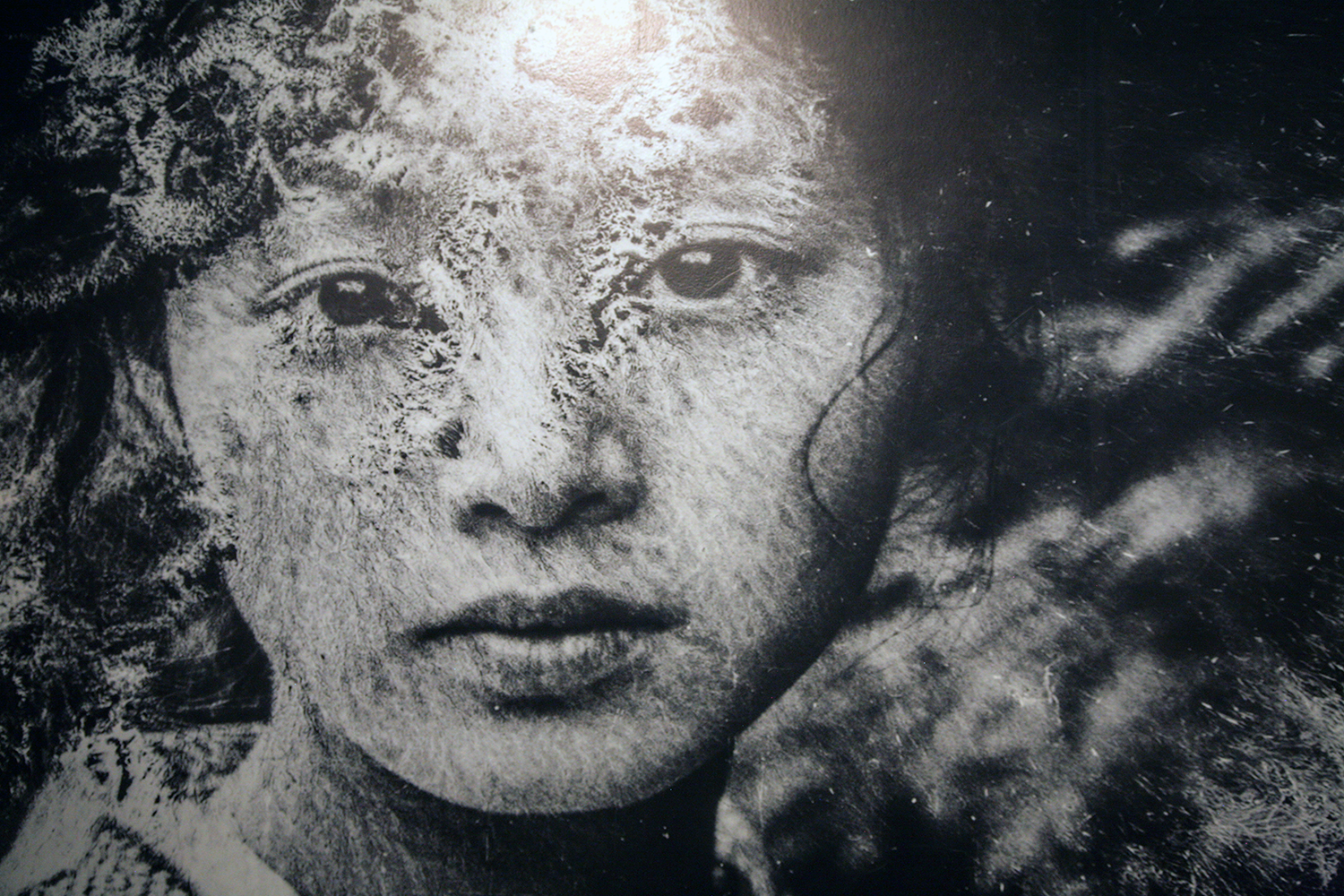 Although the weather outside was troubling, inside_ The Pier at 94th in New York City lit up any dreary notions with its presentation of  THE PHOTOGRAPHY SHOW PRESENTED BY AIPAD. (05-08 April 2018.) For the 2nd year at its new home, dockside the Hudson River, the 38th edition of the highly selective photographic expo once again proved to be a mecca for a worldwide audience of photo enthusiasts. AIPAD (Association of International Photography Art Dealers) presented a brilliant range of museum-quality work, including the genres of contemporary, modern, and 19th-century photographs, as well as photo-based art, video, and new media. The venue was complete with 96 of the world’s leading fine art photography galleries, over 30 book sellers, 15 AIPAD talks, three special exhibitions as well as host of engaging events. It is the longest-running and foremost exhibition dedicated to the photographic medium.

I would be remiss if I did not give an overview/highlights, as those not familiar will note that compliment to the rows of gallery spaces, a myriad of events spanned the fete, catching the eyes of curators, photo pros and amateurs alike, as well as a bevy of photo enthusiasts who find the art of the medium irresistible. It was an opportunity to participate in an appetizing array of forums/lectures curated by a coveted team of experts.

>A Time for Reflection, curated by Sir Elton John, with work selected from AIPAD member galleries and available for purchase, with a portion of sales to benefit The Sir Elton John Charitable Trust.

>Forever Young: Selections from the Joe Baio Collection of Photography, on childhood and adolescence, was on exhibit publicly for the first time.

>All Power: Visual Legacies of the Black Panther Party, curated by Michelle Dunn Marsh, Executive Director and Curator at the Photographic Center Northwest, showcases contemporary black artists who have been informed or influenced by the Black Panther movement.

>The Staley-Wise Gallery of New York, featured famous rockers, including a 1974 photograph of John Lennon and Mick Jagger, a 1964 photograph of the Beatles reading their fan mail, and from that same year a portrait of Bob Dylan and Joan Baez with a sign that says, “Protest Against the Rising Tide of Conformity.”

>A solo exhibition at the Etherton Gallery, Tucson, was W. Eugene Smith at 100. This work is from the archive of Takeshi Ishikawa, who was Smith’s assistant for three years during the photographer’s time in Minamata, Japan. Some of the images of Smith at work in Minamata have never been shown outside Japan.

>I was struck by JHB Gallery’s amazing image “Crush & Pull” which I would learn was created by artist Ellen Carey. Her masterful use of the photographic medium combines Polaroid negatives and photograms_ a photographic print made by laying objects onto photographic paper and exposing it to light. 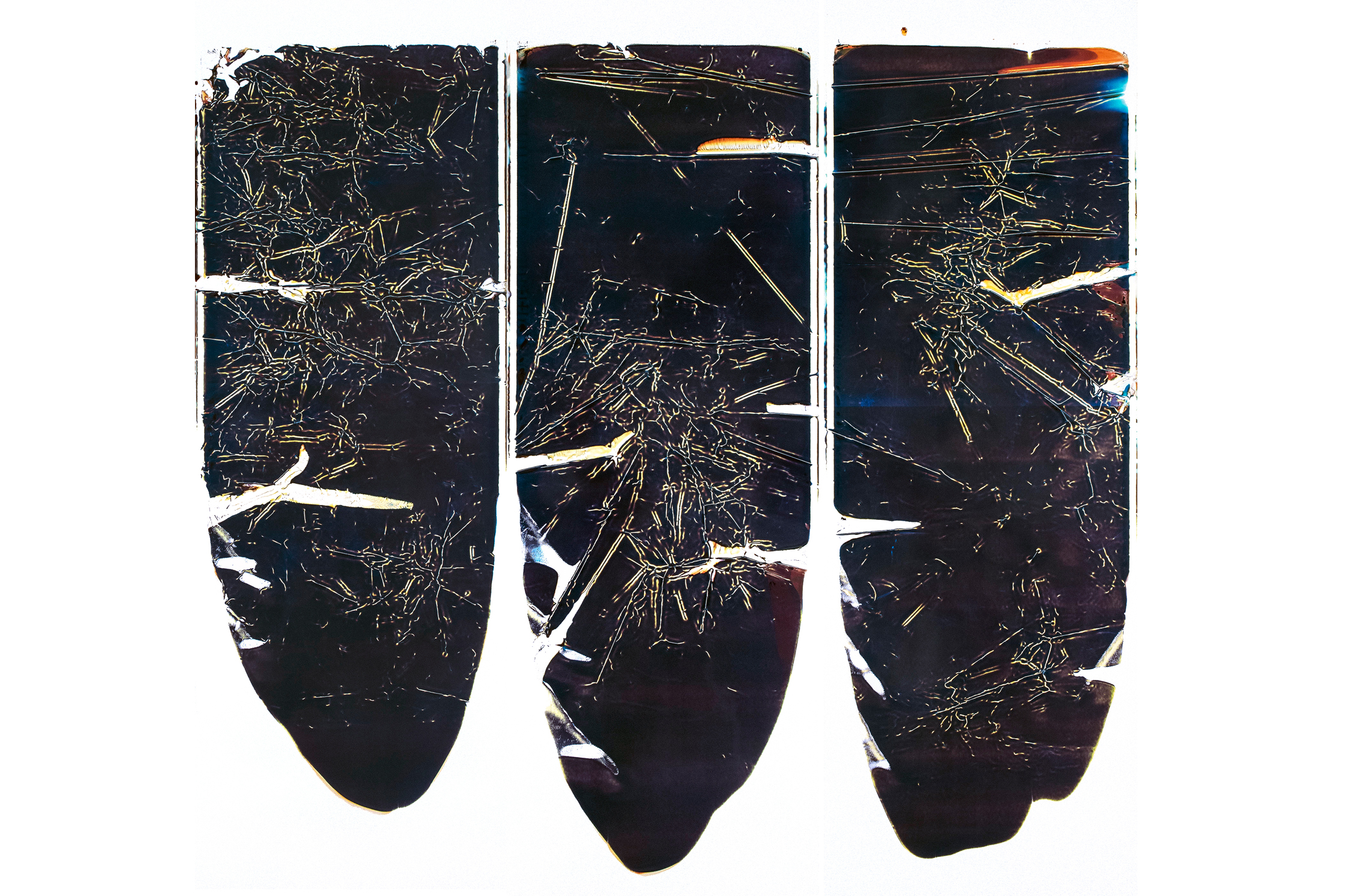 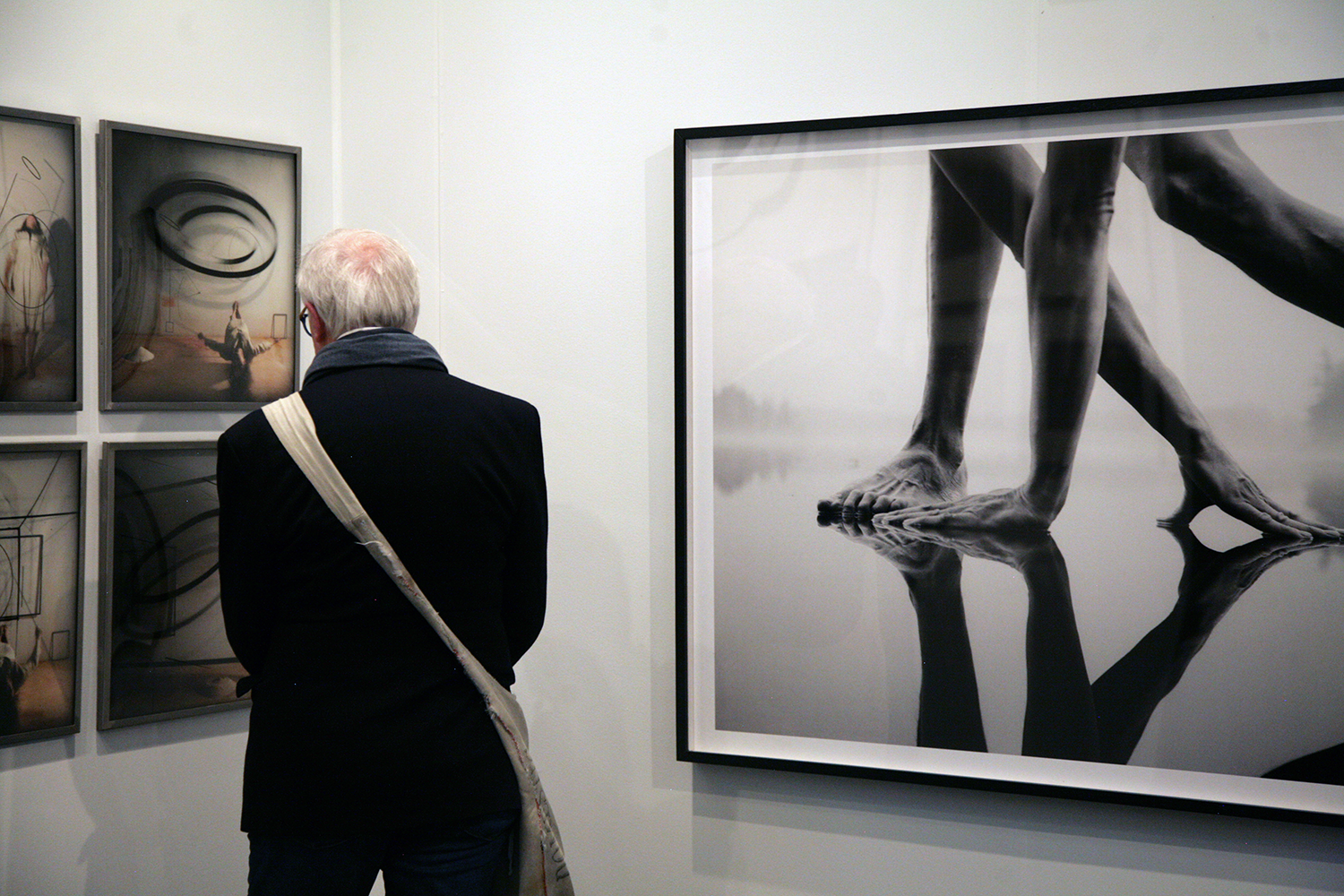 Portrait Studies was crowdpleaser_including those by Sally Mann, Ethiopian artist Aida Muluneh, as well as two_ of Winston Churchill and of Ernest Hemingway by Yousuf Karsh. And, Lynn Gilbert whose photography of iconic women including Ruth Bader Ginsburg, Billie Jean King, Louise Nevelson, Gloria Steinem, Susan Sontag, created a “time capsule” of the American feminist landscapes. Travel, always a draw included the reflective imagery of Roblert McCabe’s work, on view at galerie SIT DOWN, Paris, which spoke visually of the ancient world as well as 1950s Greece_ bucolic in nature.

>AIPAD TALKS_ commentary by the most prominent of the art community. The agenda was complete with “Photography Talking Back”_ which addressed current issues and events.

>And, a ceremonial praise for Keith F. Davis, Senior Curator of Photography, The Nelson-Atkins Museum of Art, Kansas City, MO, this year’s recipient of The AIPAD Award which honors visionaries who have contributed to the field of photography. 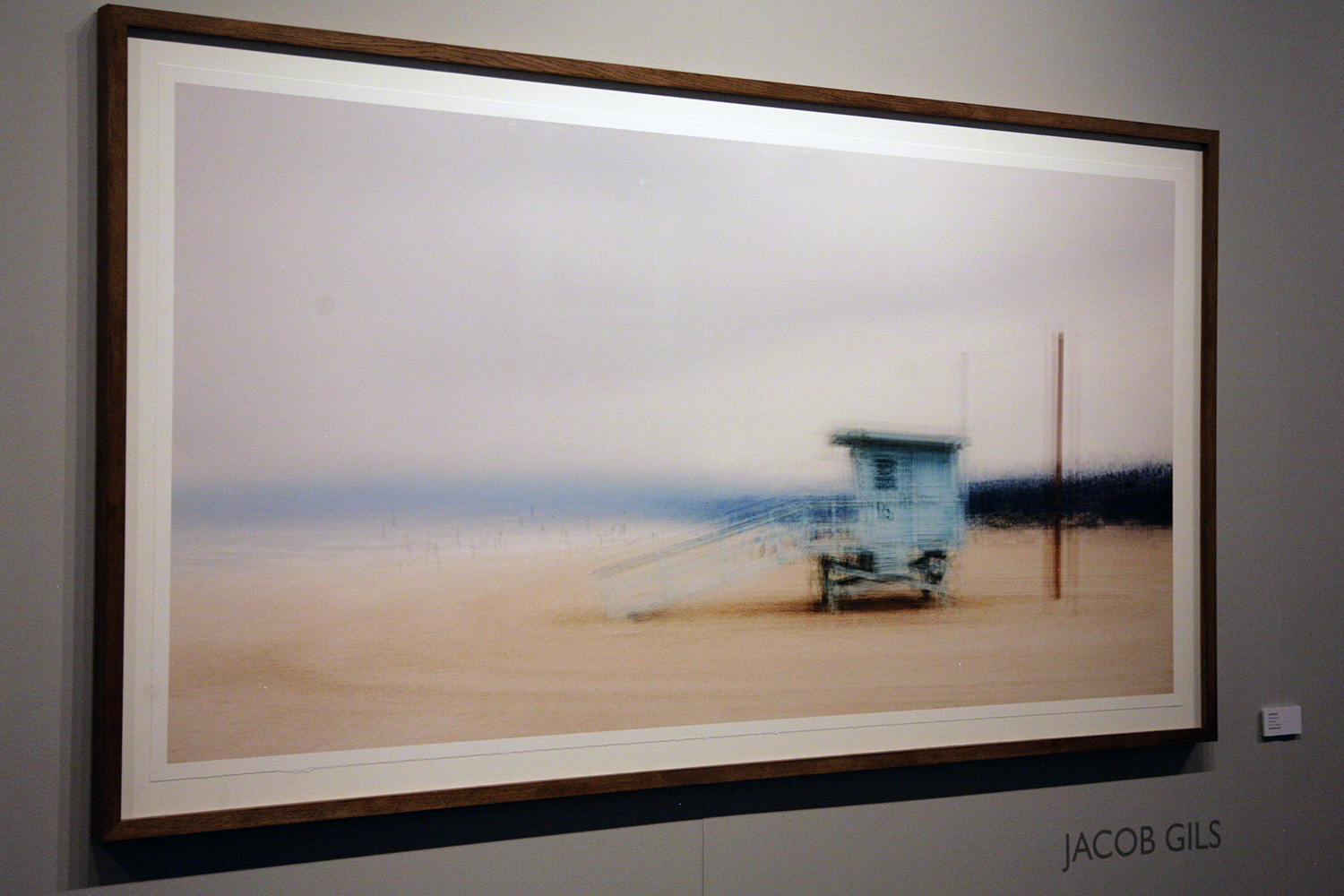 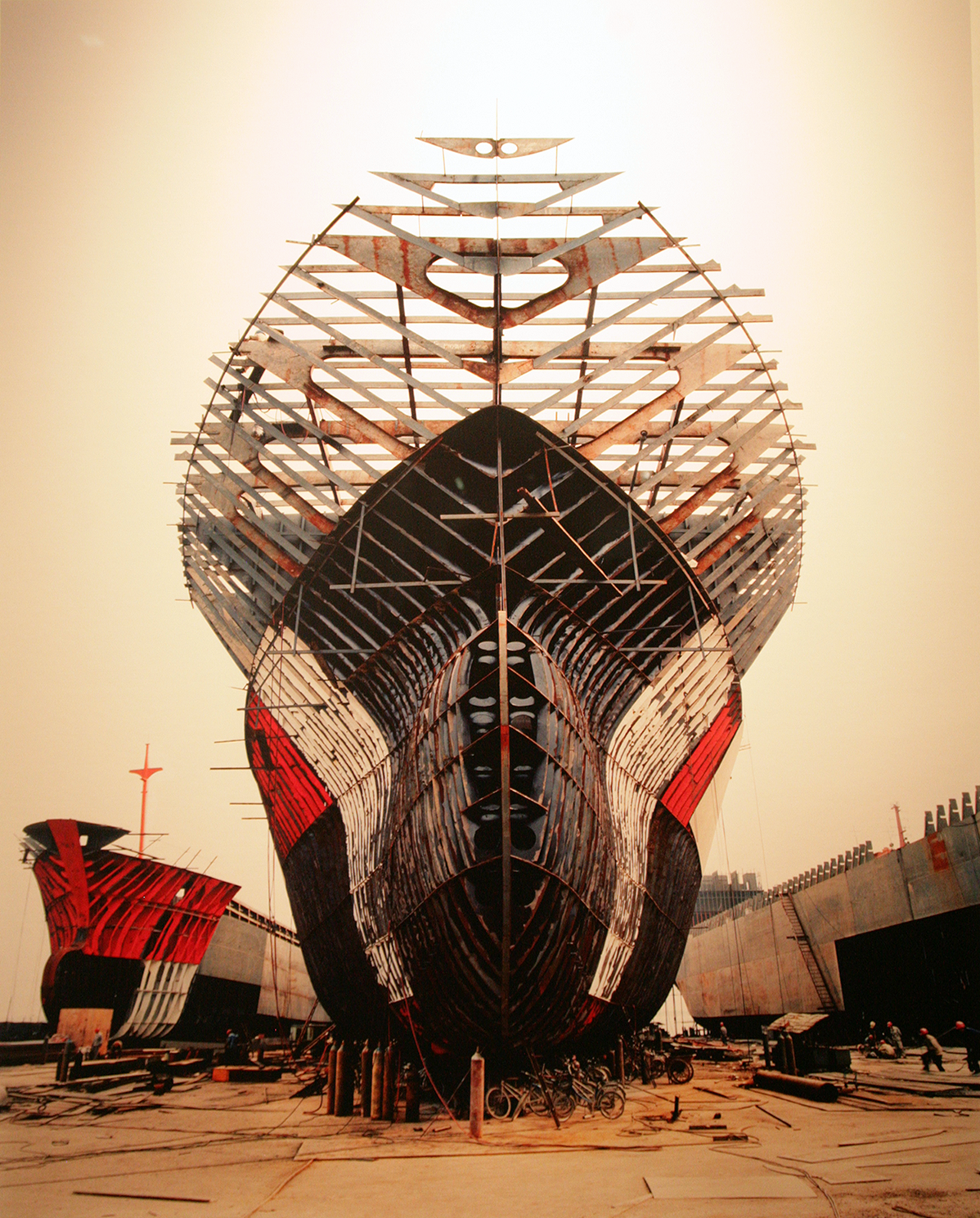